In order to understand what is involved in Google’s Quality Updates, it’s necessary to define what is meant by Google Quality Scoring and how it relates to website rankings in response to a Google search.

Through what is known as “crawling and indexing”, Google scans massive quantities of web content, then analyzes the data to determine precisely what content will produce the most relevant results in response to any given query by a user. Not only a specific landing page will be scrutinized, but also the entire website and advertising associated with that webpage will figure into Google’s overall rankings on it’s search engine results page (SERP).  Google’s site quality scoring process consists of assigning high SERP ranking based on the totality of a website, which includes aspects such as:

Google Has Been Turning Out Quality Updates For Years

Over the years, Google has instituted countless updates designed to improve the quality of its search results. To help accomplish this goal, Google introduced the Panda platform in 2011, which was created to provide regular monthly updates to ensure that SERP results avoid producing spam, inappropriate or irrelevant content. Several years later, Panda 4.1 rolled out with even greater precision in eliminating useless, low quality content. It effectively excises web pages with thin content accompanied by games, or other unproductive marketing ploys. It also targets Content Farm websites that acquire, or in some cases, misappropriate, massive amounts of content from other websites in order to create web pages that falsely gain high rankings on a SERP.

Another tool used by Google, which is frequently updated, is Penguin, which goes after content that achieves high SERP ranking by acquiring, or paying for, backlinks to low quality, non-trustworthy websites.

In 2015, Google turned out an update that brought about even more significant changes in its search results due to what has come to be known as the Quality Update or the Phantom Update. Although Google initially didn’t admit to this update, it later confirmed that major changes had been made to its core ranking algorithm, allowing Google to further optimize its ability to eliminate poorly written, irrelevant, duplicated or redundant content, along with worthless click-bait.

In late 2018, Google brought forth another core algorithm update, stirring up the business world with more emphasis on its guidelines of Expertise, Authoritativeness and Trustworthiness (EAT). The areas of health and finance experienced the greatest visibility changes, which were reflected in noticeably reduced, or increased, search results. Because Google rates these particular industries as having the most significant effects on users, Google refers to the content of health or finance sites as Your Money or Your Life (YMYL).

Early in 2019, Google rolled out yet another core algorithm update, once again significantly affecting YMYL searches. These types of updates are on the increase, happening more and more rapidly, with little or no warning to allow businesses time to prepare for all the changes. The only way, it seems, to keep up with Google’s expectations, is to keep content fresh, unique, and relevant, strictly adhering to the rules of EAT.

To learn more about Google guidelines and updates, and how they can affect your the organic visibility of your business, visit Full Stack Woo.com

How Much Does Google Ads Cost? | The Ugly Secret Behind Adwords Cost

Google Ads Cost is dependent on what keywords you would...
by admin 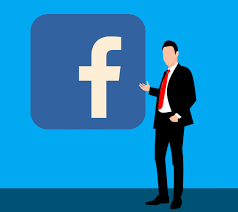 What can Facebook ads do for your business? In today’s modern world, vast numbers of people spend...